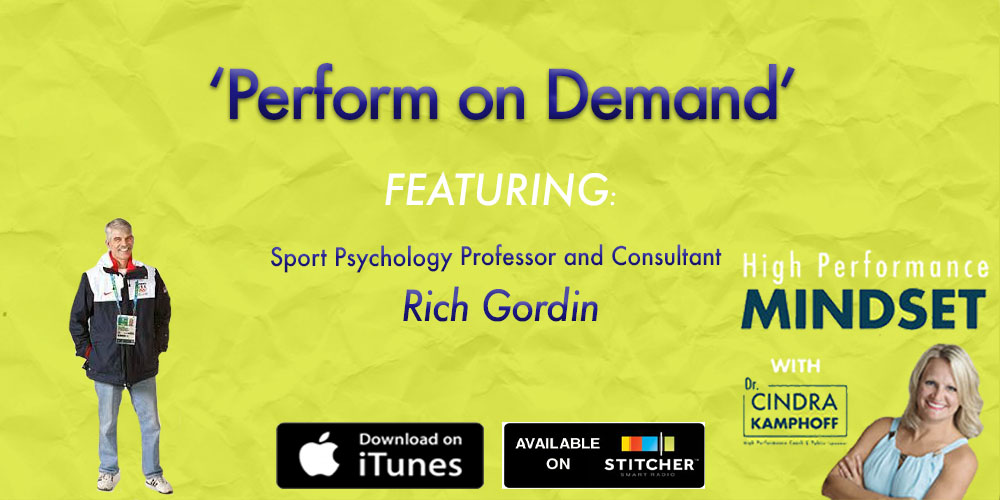 Richard Gordin is an emeritus professor in sport psychology at Utah State University. He has been at the university for 37 years. Dr. Gordin has authored 100 articles and book chapters.

He has been a sport psychology consultant for numerous athletic teams at his university, USA Gymnastics, USA Track and Field, US Ski and Snowboard Association and several professionals on the PGA and Champions Tours.

In this interview, Rich and Cindra talk about:

“Replace the word failure with mistake. Doing so helps you not be afraid of failure – you can move on quickly and it becomes part of your success.”Tweet Quote
“Be a sponge. Continue to soak in and learn new information when you can. “Tweet Quote
“The competitors that you need to be worried about are the ones you never see. They are preparing themselves.”Tweet Quote
“The great ones know what they need and are able to perform on demand.”Tweet Quote
“The best have a plan and they leave nothing to chance.”Tweet Quote