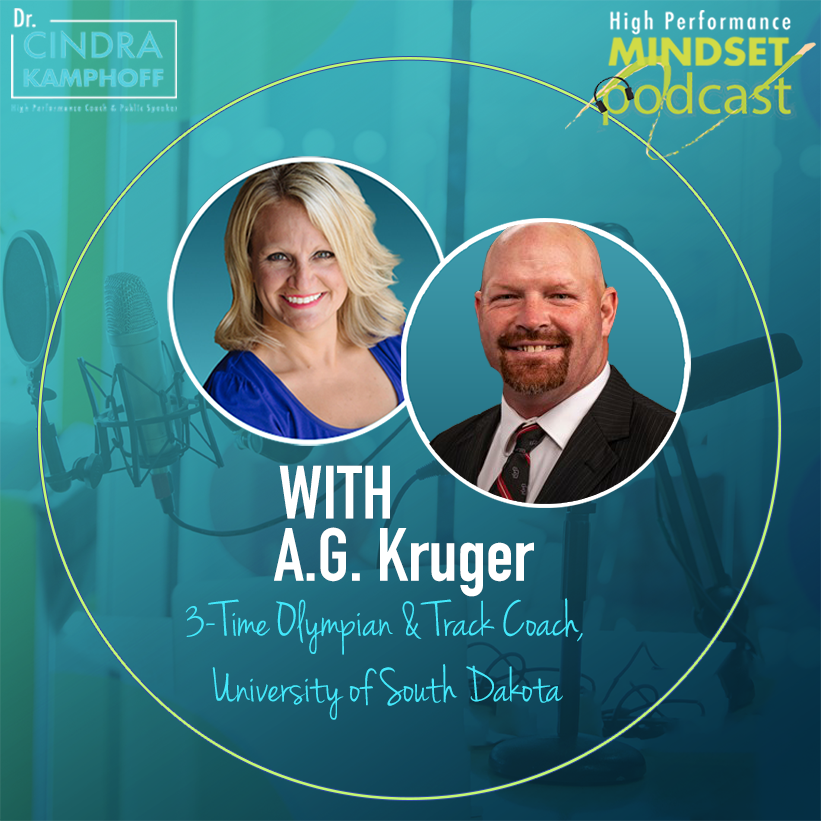 Three-time Olympian A.G. Kruger III took over responsibilities as the University of South Dakota’s throws coach in 2015. He enters his seventh year with the team this year.

In his own competitive career, A.G represented the United States at the 2004 Athens, 2008 Beijing, and 2012 London Olympic Games in the hammer throw. He competed on a total of five World Championship teams and qualified for 15 U.S. National Championships. He holds a Certified Strength and Conditioning Specialist (CSCS) certification.

A.G. is a graduate of Morningside College where he was a NCAA Division II national champion and NCAA DII National Outdoor Male Track and Field Athlete of the Year. Fun fact, he went to the same high school as Cindra, the host of the podcast.

In this episode, A.G. and Cindra discuss: