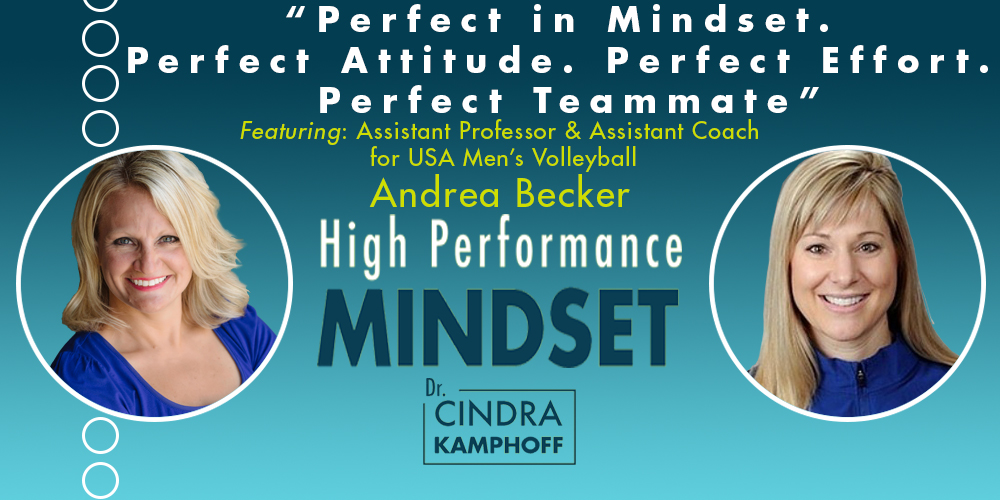 Dr. Andrea Becker is an Assistant Professor at Sacramento State where she teaches courses in sport psychology such as Psychological Aspects of Peak Performance and Sport and Exercise Psychology. She also serves as an Assistant Coach (the Sport Psych Coach) for the USA Men’s Volleyball and traveled to the Rio Olympics with the team.

Andrea completed her Ph.D. in Sport Psychology at the University of Tennessee and her dissertation was on the psychology of coaching. She has published research articles examining great coaches including legendary coach, Pat Summit.

In this interview, Andrea and Cindra talk about: